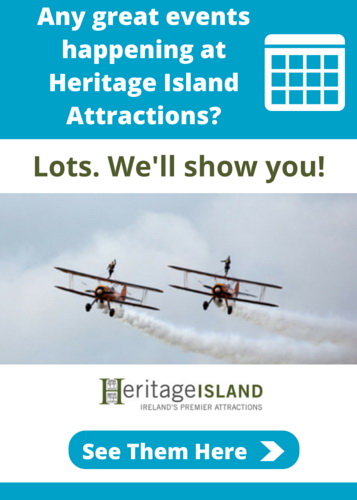 Heritage Island - who we are

ns and Heritage Towns. Heritage Island carries out an extensive range of marketing and promotional activities on behalf of its members.

These attractions are as diverse as Ireland itself. They tell the story of kings and invaders, famine and emigrations, priests and poets, encompassing the social and industrial heritage which has shaped not only the Ireland of today but also influenced Europe and the New World.

Heritage Island is an acknowledged leader within the tourism industry in the promotion of cultural tourism and has the trust and the respect of all the major players in the industry and the agencies and government departments responsible for tourism in the island of Ireland, both North and South. Established in 1992 the Company has twenty five years experience representing the most important heritage centres and tourist attractions in the country.

The board and personnel of Heritage Island has many years of practical experience in tourism marketing.